Everyone and their uncle has heard of how Pakistan fares really poorly in terms of financial inclusion. Just take how our domestic private sector credit to GDP of 17.2% is not only lower than the global benchmark but also the South Asian average. With tech, this could be improved, we were told. While that may not have happened, technology has certainly made it easier to get instant cash. Over the last year, countless exploitative loan apps have emerged, luring people with misleading terms.

As of early June 28, there were over 27 instant lending platforms featuring on Google Play’s Finance Category in Pakistan, including four in the top 10. That points towards the growing popularity of these loan apps, where players are fighting for users and downloads.

However, many of these platforms have nothing to do with Pakistan and simply feature on the charts thanks to their app store optimization. Still, 19 were offering loans in the local rupee, which means at the very least they were looking to exploit the interest in instant credit. To further refine our search, we filter out all apps that 1) had less than 100,000 cumulative installs and 2) where Pakistan’s share in the total downloads was less than 90%.

That leaves us with eight apps: PK Loan, Easy Loan, Barwaqt, FORI MONEY, AiCash, WeCash, Quick Loans Bad Credit Loan (tells you a lot about the tactics at play), and FlexiMoney. Combined, these have seen total estimated downloads of 15.4 million in the current fiscal year, according to Appfigures.

Barwaqt stands out as the clear leader in terms of total installs for it was only the second player to release its app in June 2021, barely two weeks after AiCash. According to Appfigures, the former has over 9.26M estimated downloads while the latter has 1.33M. Meanwhile, Easy Loan has crossed the 3M mark, putting it second in the overall tally.

The growth trajectory appears even more impressive as estimated downloads in June (up to 26th) have surged by an unbelievable 51,863% year-on-year to 1.78M, from just 3,442 in the same period of 2021. On average, these eight apps saw almost 1.29M monthly installs in FY22.

Admittedly, estimated downloads are a crude proxy but other indicators also point to a similar pattern. For example, the keyword “loan” – against which seven of the eight apps in question are optimizing for ranking – yields 30 results, boasting a popularity score of 32 and competitiveness of 43, as per Appfigures. Unfortunately, Google Play search volume data isn’t available to gauge the extent of user interest.

Such astronomical growth is somewhat new for the local apps, but far from desirable. Lending is a regulated space in Pakistan, where SBP oversees banks and the SECP looks after non-banking financial companies (NBFCs). Yet, very few of the platforms currently active on the Play Store have any sort of licensing to issue loans. SeedCred Financial and Samraya Microfinance are the two exceptions, though that doesn’t make them much better.

Others are even shadier, with hardly any detail available about the publisher or the company behind the application. Take FlexiMoney, which claims to be licensed by the SECP but neither the app nor its publisher, Wsdf Limited, yields any result on the regulator’s online registry. You can see their website yourself below, and also notice the contact number. Gives a solid idea about how they operate.

Even the SECP-licensed Sarmaya Microfinance’s website for Easy Loan uses stock photos and what are clearly made-up testimonials. This took us to the Play Store where the app boasts an impressive rating of 4.8. But dig in a little and the cracks begin to appear.

Firstly, the reviews are just too good to be true, flooded with praises about “low interest rates”, “fastest disbursement” etc. It’s fishy because for an app that gets all its downloads from Pakistan, you’d struggle to find reviews from Pakistanis. Instead, you see a lot of foreign names and “A Google User”.

There are concerns with respect to data as well, as these loan apps require access to the users’ contacts. In some cases, the platform leverages that information to name and shame late payers by reaching out to their friends and family. This tactic is actually becoming scarily common among instant lending platforms across developing countries, such as Opera-backed Okash in Kenya.

Putting even loan sharks to shame

Licensed or not, their modus operandi is no different. The user downloads the app, enters their details, is assigned a limit, and the amount disbursed. But countless reviews point to how the platforms disburse the loan without seeking confirmation from them. Another recurring complaint is how there are technical glitches at the time of payback, resulting in delays and late charges.

A few months back, we experienced this first-hand as one of the office helpers asked how to pay back Barwaqt’s loan. Familiar with the app and its growth, we were curious so decided to give it a try after reading the instructions. There are multiple ways to pay back all through EasyPaisa: either via app, USSD, or agent.

We tried the first two but couldn’t ultimately make the payment, with the Easypaisa app giving the error that the CNIC number provided doesn’t match the phone number. Apparently, it wasn’t such a dealbreaker at the time of loan approval.

Finally comes the cost of loan where the information is deliberately misleading or incomplete. For example, Barwaqt claims that the annual percentage rate is capped at 24% while service charges are different for everyone, without giving any range. Others, like WeCash, claim APR of just 10.95%. Remember that microfinance banks, which theoretically have access to relatively cheaper funds, lend at north of 30%. So 11-24% for even riskier loans sounds like too good to be true.

That’s because it is, an exorbitant service and processing charges more than compensate for the supposedly “low” interest rates. Basically, if you borrow Rs10,000, the platform deducts around 21-38% of the amount at source before you get the money. Also, these fees are usually for 14-30 days, meaning on annualized basis we are easily looking at high triple digits. 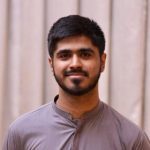 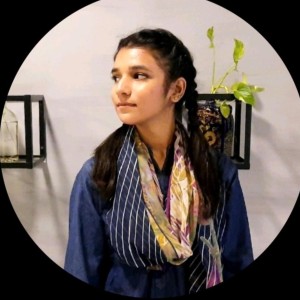 Umaima Khan is an undergraduate student majoring in mathematics and minoring in economics. She is currently a Research Analyst at Data Darbar.