It cannot be understated how different the investment strategies will be in 2023 as compared to 2021-22. But to truly understand how different 2023 is going to be, one needs to understand why funding has dried up this year. While this article will focus on VC funding in Pakistan, we cannot isolate it from the macroeconomic conditions of the US.

The interest rates in the US are a good starting point to understand VC activity. The interest rate [see chart] has an inverse relationship with the amount of capital being deployed in VCs. This is because historical trends have demonstrated that higher interest rates reduce consumer spending, and have a negative impact on corporate performance. This inevitably leads to VCs being looked at as a less lucrative asset class. This in turn makes it more difficult for GPs to raise money from, for instance, endowment funds.

With interest rates being where they are, it is unclear when the market will get comfortable deploying funds. As per indicators, interventions by the Federal Reserve might be working in bringing down inflation rates in the US. But it is too soon to make a concrete prediction.

However, the way VC funds are structured is that they raise funds for approximately ten years, and they raised a record amount of money in 2021. And we know that 2022 has clearly been a slow year (see graph 2), so where does this leave us in 2023?

The US VC ‘dry powder’ is at an all-time high which needs to be deployed in order to make returns. But at the same time, it is difficult to replenish or raise new funds from LPs. How VCs respond to the predicament depends on their ability to raise in a competitive climate and generate returns. The figure below should be consumed with a grain of salt as VCs often declare their raised funds after they have spent a significant portion of it. Thus, without a doubt, the total amount of actual dry powder available will be lower than what this graph indicates.

To simplify, VCs have some undisclosed amount of money but they find themselves in an uncertain market that is still undergoing a correction of sorts. Add to this, you have a complete suppression of IPOs — they are barely happening anymore. Tech stocks have tanked, which makes exits difficult. And makes VCs even more cautious.  This could, in some circumstances, lead to the withdrawal of funds from VCs. This is unusual, but Limited Partnership Agreements being torn apart is not unusual when a portfolio is not doing well. There is precedent for this during the Dot-com crash.

The infographic below helps explain the economics behind public markets, VCs, and priced rounds:

The most likely approach is to deploy capital conservatively; investing in companies carrying the highest potential and the lowest risk. These deals would have been difficult to find in 2021, but with the new equilibrium, VCs are in a position to get great deals. They have the leverage. So the question for Pakistan is, do we have great deals? Or alternatively, do we have decent low-risk deals?

Deciphering what all this means for Pakistan

Data published by Data Darbar is indicative of the forthcoming trend. VC funding in Pakistan will likely be focused on the earlier stages, where ticket sizes are smaller.

The average ticket size in Q3’22 was $4.63M, down QoQ from $4.9M and YoY from $9.21M. Also, it is important to note that startups often sign their term sheets, but announce the conclusive deals months later. Meaning, that many of the deals counted in Q3 were, in fact, closed in Q2 or even earlier.

Owing to the political turmoil in the country coupled with other additional factors, foreign investors might not be looking to spend a lot of money in Pakistan. That makes it very difficult to calculate the risk involved, which repels investment. At least where the amount invested is sizable.

It’s not all bad news though. At least three local VCs are currently raising their second funds and are reportedly nearing their first closes. Delaware-based Chalo Ventures has also closed a fund of $40M, as per the US Securities and Exchange Commission. According to its website, they invest in early-stage Pakistani startups though they haven’t announced any deals as yet.

There have also been signs of local companies cooperating with international partners to expand their footprint in VC. For example, JS Group signed a partnership with 500 Global. While Hum Network’s Duraid Qureshi also announced a $50M Katalytic Fund with Nadeem Sherwani of California-headquartered RapidSilicon. More recently, the International Finance Corporation announced a fund for ventures in emerging economies, including Pakistan. To ascertain the full extent of funds available, we would need to wait perhaps, another quarter. It is still unclear where VC funding in Pakistan stands as of right now.

There are other nuances to be considered, but a lot of it may boil down to how persuasive VCs in Pakistan are in convincing foreign investors and partners. Their role will be pivotal for VC funding in Pakistan because foreign VCs often rely on local partners to deploy anchor capital that acts as a catalyst for further investments.

The good thing is that we have the fundamentals: a growing base of engineering and managerial talent, a large population, and a host of untapped problems waiting to be solved. We also have an organized ecosystem that knows how to pitch.

But in an investment climate, where VCs can find great deals in predictable economies, at least for the next couple of quarters, it seems that there is going to be a decrease in funding startups that are in their growth stages — because they require a lot of money. And emerging companies who require smaller amounts to get moving will only do so if they have a seasoned team with persuasive and reliable financial projections. 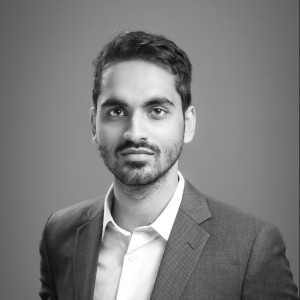 Ibrahim is a lawyer by profession, and currently pursuing an LL.M in startups & VC transactions at Duke Law.